Teen Trauma as a Result of

Traumatizing events during childhood or adolescence can have lifelong effects on an individual. Sexual assault and commercial sexual exploitation can be especially traumatizing to a teen. The abuse affects the teen both physically and emotionally, and the long term impact for the victim can be devastating. Therefore, formal therapy is often necessary and highly encouraged among mental health professionals.

Sexual Exploitation of Teens Is a Growing Problem

According to information released by the United Nations International Labor Organization (UNICEF), at least one million children around the world were victims of sexual exploitation for commercial purposes in 2016.

While child sex trafficking in the U.S. alone is a growing problem, it is a problem that does not get openly discussed as much as it should, and establishing reliable numbers is difficult.

As reported by UNICEF, trafficking happens in all 50 states, and most instances of trafficking do occur within the victim’s country of residence.

It is also estimated that 1 in 7 reported missing children end up being victims of sexual exploitation.

The Ark of Hope for Children  released information that says victims under the age of 18 are thought to make up as much as 50 percent of individuals sexually trafficked globally. The average age of victims when they are forced, frauded, or coerced into a sex trafficking situation are minors between the ages of 11 and 17.

For every three victims, two are girls and one is a boy, but the number of boys who are sexually exploited is considered to be grossly underrecognized. Children who run away from home or leave home because they feel it is not safe, are often labeled runaways.

These youth are particularly vulnerable to the manipulative grooming and recruiting tactics used by traffickers.

According to Thorn, In the state of New York,  half of the homeless male youths who identify as LGBTQ are commercially sexually exploited.

Can Negatively Affect the Victim

Teen victims of singular instances of sexual assault can face major issues overcoming the trauma of the event. However, teens who have been repeatedly exploited have sustained chronic trauma. Chronic and complex trauma can affect a spectrum of life domains, including social, health, legal, and economic.

It’s not uncommon for victims to have issues with regulating emotions and behaviors, navigating relationships, and having a sense of self-awareness. Victims can be vulnerable to:

How to Help a Sexually
Assaulted or Exploited Teen

Parents are often the primary support system for the victimized child. Sexual trauma in teens can be a more sensitive issue for parents. Many parents struggle with feelings of anger, shock, guilt, shame and anxiety about how to adequately respond. Additionally vicarious or secondary trauma can negatively impact parents and other household members.

It is vital to offer the proper levels of support and wholly understand the extent of the damage and know that recovery is possible.  The severity of the trauma means any caregiver must be willing to face what has taken place, understand it, and talk about it. As difficult as the situation may be to face such an egregious form of abuse, it is important to:

Caused by Sexual Assault or Exploitation

Trauma-based care for teens who have been the victim of either sexual assault or sexual exploitation is critical. Trauma-focused therapy focuses on tending to the unique needs the victims can face.

In many situations, therapy must be a multifaceted approach that involves mental health services, medical care, and family support. Some individuals may have deeper issues with addiction, sexually-transmitted infections, and even unplanned or unwanted pregnancies.

In many cases, children who have been in a sex trafficking situation for long periods of time have a difficult time reintegrating into the family or social norms.

Therefore, intensive treatment in a residential facility may be necessary. Additionally, victims of sex-related crimes may need legal protection and representation.

If you would like more information about teen trauma related to sexual assault or exploitation, feel free to supply your email to teentrauma.com. 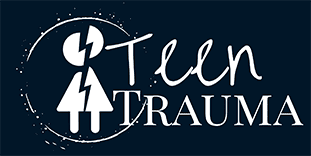